Happy Halloween everyone. If you like stories that are scary, but not too terrifying, “Four Ghost Stories” is now free on Amazon – but be quick as it is only free until 31 October 2018!

Then do the quiz on Goodreads! 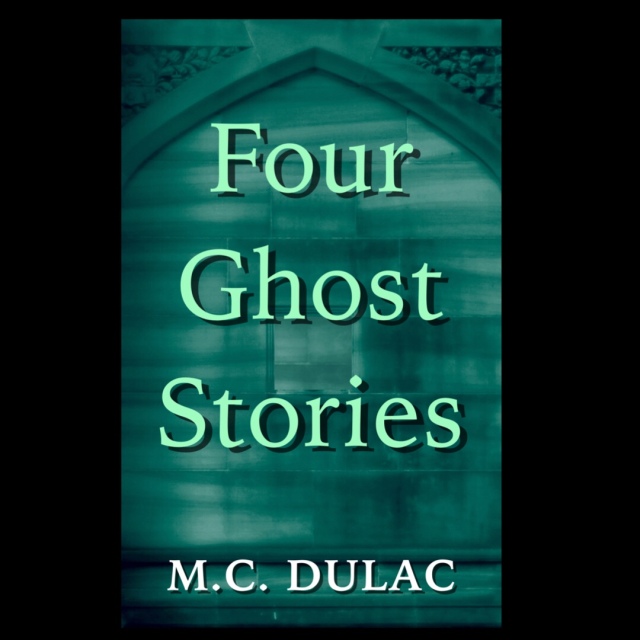 Four chilling ghost stories to send shivers down your spine! The Druids’ Circle – A London financier seeks peace and quiet in the English countryside.  However his isolated country house is overlooked by a stand of yew trees, which soon begin to exert a bizarre and evil power over him… Death and Life – In a quaint village pub, a sinister stranger engages in a contest for the lives and souls of unsuspecting travelers… The Curse of Glenhorpe – An old titled family is haunted by a curse placed upon them by a vengeful Norman knight…  Tell Me What You See – A young woman stumbles across psychic messages, which reveal a possible murder…

Get your copy here

And lastly, here is a magnificent – and suitably spooky – moon I saw from my window the other evening. 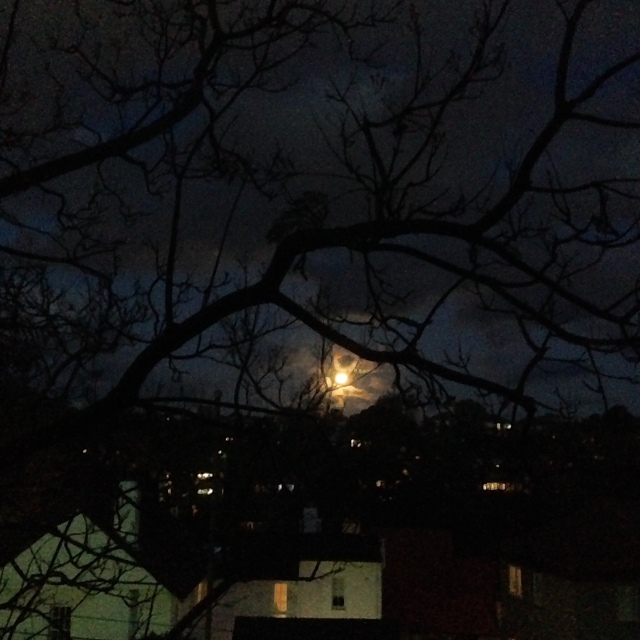 “The lift never stops on the nineteenth floor,” the two guys from IT were talking beside me.

“Sure,” grinned the bigger guy, “ that’s because of the ghost.”

They didn’t see me shiver.

They stepped out and the lift lurched upwards. The truth was I always felt colder as I passed the nineteenth floor. I’d never seen anyone go there.

“Nineteen used to be a law firm,” my boss said when I asked her, “A tough place I heard. I don’t think there’s anyone there at the moment.”

I didn’t ask her about the ghost.

I’d almost forgotten about it, until I was working late one Halloween night. It was just after midnight when I got in the lift to go home.

The lift shuddered and creaked as usual. Then it stopped. The sickly red light showed we were on level nineteen.

I saw my reflection on a glass wall. Beyond the wall were some empty workstations and partitions. Most of the floor looked abandoned.

Then among the shadows, I saw a figure.

She walked toward me and stepped inside the lift. She pressed the button and the doors closed.

“Those partners work you to death,” she muttered under her breath. She was young – barely more than a kid. She must have been a law student or a graduate.

I nodded in sympathy.

We reached the lobby.

“It looks so nice outside,” she was staring at the treetops in the park, “I never go home this early.”

Those partners must have been really tough, if she thought midnight was early.

“I’ve been inside so long,” she added sadly.

“You should make sure you go home now.”

“Sure,” I pressed the after-hours button to release the door. The doors slid open and a gentle breeze blew through the lobby, “You deserve it. Have a nice night.”

“Thank you,” she said solemnly.

She skipped outside, turned to me once and smiled, then disappeared into the evening crowds.

I never felt the chill on the nineteenth floor again. 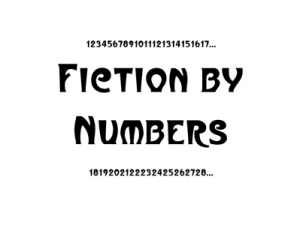 If you’d like to read more ghost tales this Halloween, the “Four Ghost Stories” ebook is available on Amazon for just 99 cents. Now that is scary!

Carl did not like his brother-in-law Phillip. Phillip always seemed to know things, almost like he could read Carl’s mind. From their first meeting, to the day of Susie’s wedding, to the funeral of Carl’s aunt a few weeks ago, Phillip had that smug smile. But now Susie and Phillip had arrived on the doorstep, and Carl could hardly turn them away.

Carl led them into the sitting room with the four chairs. Susie was chattering away as usual. Phillip just stared at the fourth chair and sat down.

“Aunt Sally left me the place in her will,” Carl shrugged.

“We’re really glad you’ve settled down Carl,” Susie said brightly, “We know how hard it’s been for you.”

Carl closed his eyes. Did she really have to bring that up? The guy born with everything, throwing it all away. Lost friendships, lost years. He’d gone to rehab again, cleaned himself up. He hadn’t touched anything – for a while.

And his luck had turned. Look at him now, sitting in this grand old terrace house.

“Our new home is so big,” Susie reached out to Phillip’s hand, “I’m so glad Aunt Sally left this place to you.”

“Find it lonely here?” Phillip’s eyes were on the chair.

“We’re so glad you’re okay,” Susie leaned forward, “We’ve been worried about you.”

Phillip stared at him.

“He knows,” came an elderly voice.

Carl felt the heat rising in his face. Couldn’t Aunt Sally just shut up? He stared at the fourth chair, where the nasty old woman sat, night after night.

“Are you all right mate?” Phillip’s hand was on his shoulder.

Carl stared at him through his fingers, “Of course. I’ll show you out.”

His heart racing, he accompanied them to the hall, knowing that when he returned to the empty room, Aunt Sally would be there, watching from the fourth chair.

“Tell me again about this ghost.”

Brenda looked up from her magazine. The earnest young man who had checked in that afternoon was leaning over the hotel counter.  She sighed. Tourists to this part of south-west England were always fascinated by the supernatural.

“They say she’s the ghost of a mysterious woman who came to the village about 1763. She would walk along the cliff path every evening looking out to sea, as if she were waiting for someone. One night there was a storm and the poor girl slid and fell onto the rocks below.”

“Do you know more about her?” Brenda wondered if he was from a university.

“History interests me,” he smiled, “I believe this girl may have been a French Acadian, expelled from her home in Nova Scotia in the 1760s. She fell in love with an English army officer who pursued her to New Orleans. Her father and brothers were furious, forbidding them to to meet, so the couple planned to run away together. The girl’s maid was to deliver a note, but lost it, and the Englishman never knew which ship she had boarded – they had talked of going to England, France, North America, even South America. The Englishman vowed he’d search the world to find her and never rest until he had.”

“And he didn’t know she’d come here and met her death on the cliff,” Brenda sighed, thinking this would be a good story for the local history blog.

“I will take a walk up there now. Could you look after these for me?” the young man handed her a bundle of papers.

“No problem. But take care love. It’ll be dark soon and it’s dangerous out there in the mist.”

Brenda went back to reading her celebrity magazine. Ten minutes later she glanced through the window. The man was walking along the cliff path.

Suddenly a pale young woman with flowing hair and a long dress stepped in front of him.

Brenda felt a chill down her spine.

The young man fell to his knees. The girl cradled his head and stroked his hair. He got to his feet and kissed her hands, then pulled her to him for a long embrace. The girl broke into a smile as they kissed, over and over again.

Arm-in-arm, the couple strolled away into the gathering mist.

Shaking, Brenda ran to the safe, where she had placed the stranger’s papers. There were travel documents, stamped with the mark of many countries, dating back centuries. As she held the papers, they began to disintegrate, crumbling to dust.

He really had searched the world to find her, Brenda thought. Now both of them were at peace, together at last. 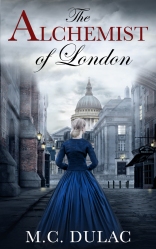 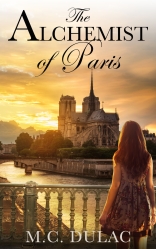 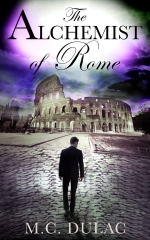 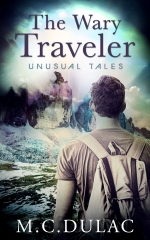 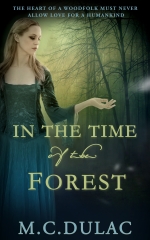 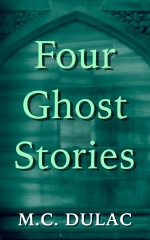 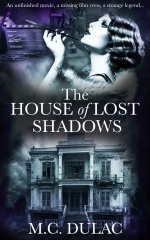 The next book in The Alchemist of Paris series, The Alchemist of London 🇬🇧 is coming soon! Grab a cup of tea and settle in for more century-hopping mystery. This wonderful cover was designed by Adriana Hanganu of Adipix Design and captures the atmosphere of the story perfectly. ********* In Victorian London, a young woman hides a book in a library, hoping it will never be found... in modern day London the same book appears at an international auction. The book contains priceless secrets which will obsess, inspire and transform all those who read it - for this is no ordinary book. 🍾📚 ♥️ #bookstagram #ebooks #amreading #histfic #amwriting #coverreveal #bookcoverdesign #bookcover #writersoﬁg #writersofinstagram #bookssetinvictorianengland #victorianera #historicalfantasy
#bookbirthday The Alchemist of Paris is three years old today! 💕#booklove #writersofig #amwriting #bookish #amreading #bookstagram #historicalfantasy #histfic
Saturday morning - Coffee, books and macaroons #booksandmacarons #bookstagram #bookish #bookworm #amreading #bookaholic #readersofinstagram #booklover #currentread #bookaddict #booksofinstagram #bookishfeatures #histfic
Escaping back in time with some weekend reading - The Alchemist of Paris #bookstagrams #bookish, #bookworm #amreading #bookaholic #readersofinstagram #booklover #currentread #bookaddict #booksofinstagram #bookishfeatures #histfic #booksandmacarons

All material on this blog (unless otherwise specified) is the property of M.C. Dulac. All rights reserved.